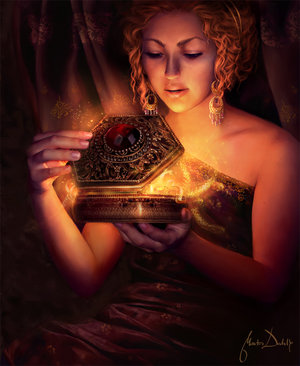 Pandora was said to be the first woman created, by the order of Zeus to Hephaestus the god of craftsmanship, of water and earth. The gods gave her many gifts, Athena clothed her, Aphrodite gave her beauty, and Hermes gave her speech. After Prometheus stole fire from heaven Zeus took his vengeance out on Pandora and presented her to Epimetheus, Promethues’s brother. She was given a beautiful box and told not to open it under any circumstances. Her curiosity got the better of her and she opened it anyway. And with that Pandora unleashed all the evil into the world. She tried to close the box but all of it had gotten out except the spirit of Hope Elpis. She was saddened and scared by what she had don’t but didn’t want to face Zeus’s wrath, but he did not punish Pandora because he knew this would happen. 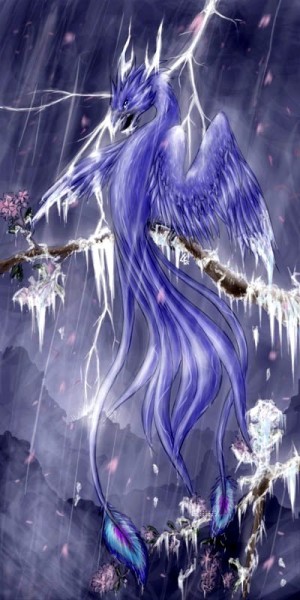 The thunder birds name comes from the belief that when it beats its wings it stirs the air and causes thunder to happen. In some places its believed that male and female bird weigh and measure the same. They bring rain and storms and are large enough to  hunt small whales individually. Some believed it could shoot lightning from its eyes. Its said that creatures like this would warn people when a natural disaster would occur. It would circle the sky then the skies would fog and the disaster would occur, but it was never their fault. Some believed that thunder birds would take advantage to the warm updrafts that preceded storms making it look like the birds caused storms in their wake. Some said that thunder birds could transform into humans by tilting their beaks back and taking their feathers off like a blanket made of them. Many thunder birds stayed in human form and married humans. Some an trace their linage back to such events.